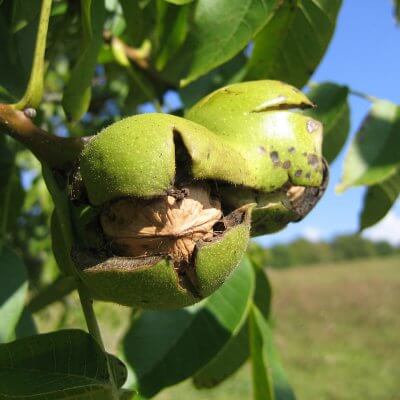 22 May 2018
Walnut, whose Latin name is 'Juglans Regia', is from the walnut family. According to some sources, the homeland of the walnut is shown as the Ghilan region of Iran, while in some sources it is China. In our country, walnut cultivation is carried out in the Marmara, Aegean, Mediterranean and Black Sea regions. It is a perennial plant known for its flowers that shed their leaves in winter and bloom before their leaves.

The delicious fruits of this tree, which is at least as old as the history of humanity, which is unlike any other tree with its flamboyant trunk and majestic appearance, can be eaten raw as well as dried and consumed as snacks. It is a great seasoning on cakes, cookies, cakes, desserts. It creates a different taste in jam and halvah. It freely displays its taste in salads and cold appetizers. It is also a sought-after material in carving because its timber is extremely valuable.

Walnut is the food of the gods in Greek and Roman mythology. Throughout the history of humanity, it has been crowned by people both with its appearance and taste. It has been the subject of poems, stories, and mythological stories. Hanging walnuts in bridal rooms has become a tradition in many cultures. The ritual of decorating Christmas trees with walnuts dipped in gilding still continues today. It has been believed by many cultures and peoples to have miracles behind its green appearance. Walnut, which symbolizes fertility and abundance, still takes its place in the corners of many houses today.

Walnut shell, dried under suitable conditions, has a lifespan of 2 years when stored in a closed glass jar in a dim, cool, and dry environment.
Share :
Prepared by  T-Soft E-Commerce.