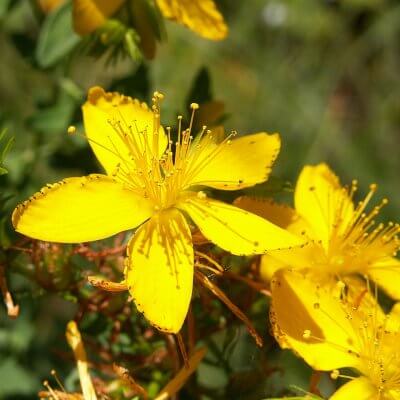 24 May 2018
St. John's Wort, whose Latin name is 'Hypericum perforatum', is from the St. John's Wort family. It is native to Europe, North Africa, and Western Asia. The plant, which grows spontaneously in forested areas, fields, and roadsides in Europe, has adapted to North America and naturally started to grow in the countryside. There are 60 different species in our country. St. John's Wort is a perennial herb that got its name from the yellow color of its star-shaped flowers.

It is used after the flowers and seeds of the plant are collected and dried during the flowering period. It is known for its slightly spicy scent and sharp bitter taste. It has a reputation as a protector against evil spells in Greek and Roman civilizations. In the Middle Ages, it was believed that the plant walked and moved after being collected. St. John's Wort was hung in bunches at the entrances and doors of the houses to protect them from evil spirits. In paganistic times, it was the symbol of the 'Sun God' with its dazzling golden flowers. In some cultures, it was a ritual to be decorated with St. John's Wort flowers at various celebrations and spring festivals.

A specialist should be consulted for therapeutic use.

St. John's Wort, dried under suitable conditions, has a lifespan of 1 year when stored in a closed glass jar in a dim, cool, and dry environment.