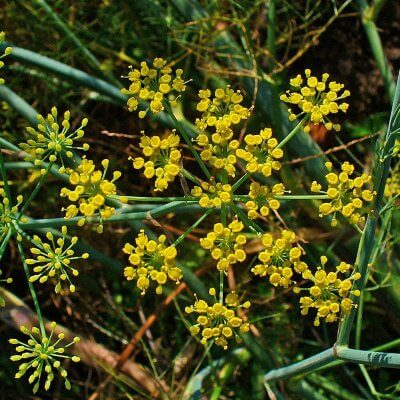 24 May 2018
Fennel, whose Latin name is 'Foeniculum vulgare', is from the parsley family. Its homeland is the Mediterranean and the Near East. It grows naturally in almost every region of our country. From autumn to mid-summer, fennel leaves are stalked and hairless. It likes more rocky and arid places. It is a biennial herbaceous plant with a pungent smell, usually up to one meter tall.

Fennel, which resembles anise with its sharp aroma, is much more than an ordinary plant family. It adds a different flavor to the dishes with its smell. It enriches almost any meat dish with its aroma. It also freely exhibits its taste in soups, omelets, and potato dishes. It is possible to prepare delicious sauces with fennel. Although it looks like the twin of dill, it is very different from dill. Fennel, which is used by the French in sauces, is finely chopped in Algeria and consumed as a salad with lemon and olive oil.

It is also known as Tangle, Herb of Abundance, Rezdane, Sincilip, and Mayana. Fennel has a history of thousands of years. Apicius, the famous food writer of Rome, expressed his admiration for this plant. Fennel, which was the crown of the Romans, was consumed abundantly in order to make the gladiators strong and tough.